Timeless Trends: Get Your Top Gun 2 Frames At Goggles4U 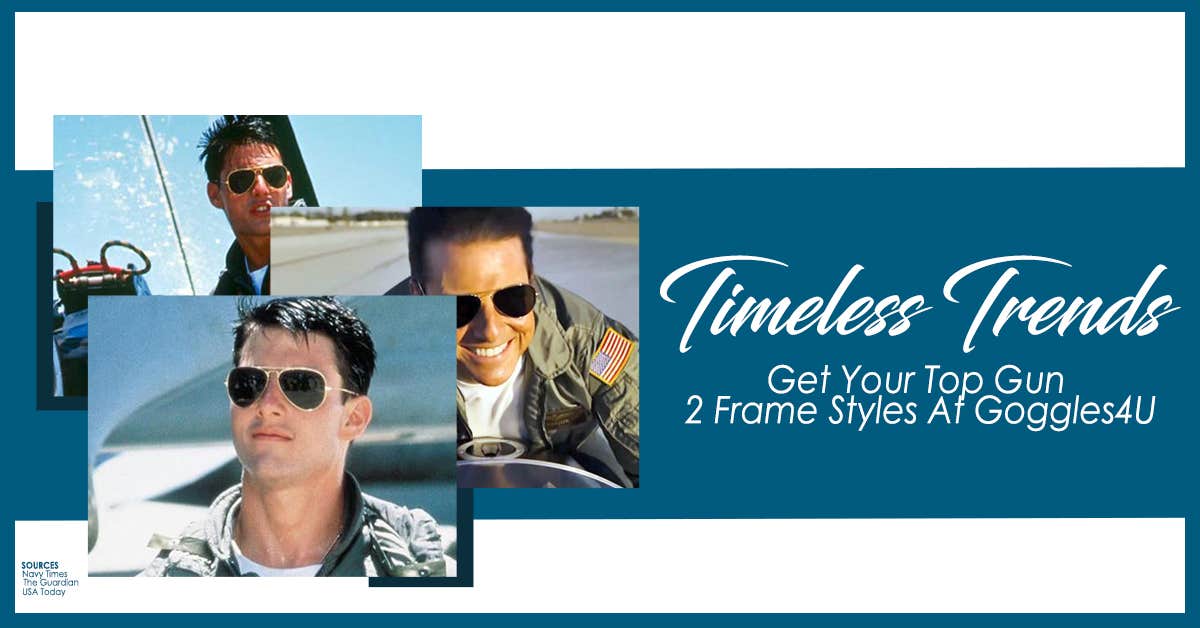 Talk about the quintessential aerial stunts that never landed on the barren lands? Instead, their class kept them jeweled up mid air? It’s the connotation of the first sequel of Top Gun, which although received lauds and bashing, it still somehow grabbed $350 million at the box office. Inspired by a similarly titled mag series, “Top Guns”, the character “Maverick” exhibited by Tom Cruise, became an action-packed & fashion-forward sensation in the eyes of movie-goers. From this day onwards, the timeless class of Top Gun and his heroics started with the limelight on various occasions.

We are closing in on a cinematic history as the new sequel from the Top Gun series is on its way. The trailer is out: leaving little to the imagination. Since fans are once again on the verge to see Tom Cruise showing his acting aesthetics with the jump, dive, and fire maneuvers, we’re stoked to offer the collection of pilot glasses that reflect the new movie trailer. It’s time for all diehard fans to spread the word and embrace the charm with new pilot glasses online. Explore the collection of Top Gun: Maverick glasses at Goggles4U.

Flaunt Like A Film-Star: Get Your Top Gun 2 Frame At Goggles4U: